The Psoriasis Forum Malaysia aids to bring psoriasis patients together to help one another through discussion.

I have met my doc today. He mentioned that there is new drugs made from olive oil and would like me to test it. I need to use it for 3 months starting next month. During the period, they will provide the drugs FOC as well as blood test.

I will keep posting here the result. U may ask your dermatologist about the new drug made from olive oil. You will need to fill up some form la... its more to get to know you and your lifestyle better.

Hope this will help me to reduce or remove my patches. It starting to grow all over my body.

This is interesting news. There has been quite a buzz on the "indigo" and Psoriasis (Google Indigo & Psoriasis) on the net but this is the first I've heard of olive oil based medicine. Would like to ask the following:

(a) Who is the manufacturer of the drug? Global Pharmaceutical or regional or local based?
(b) Is it via pill, injection, etc?
(c) Is there a name for this drug?

I definitely dont have the infos yet. My derma only asked if I want to be participate in testing new drug based on olive oil. I only can review it on next month, after my visit.

Ok. Thanks and keep us posted

Actually my derm told me to apply olive oil to my scalp before, he said it would work but my scalp cleared before I tried so my olive oil ended up in my food. Anyone with scalp problem wanna try?

so your psoriasis is gone? by using olive?? gone completely??? 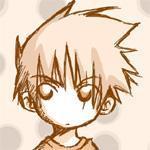 may be ecstatic it self gone from here

For all its health benefits olive oil has always had one slight problem in India  it isnt particularly suited to Indian food. We rarely eat uncooked oil  there are occasional recipes like the Bengali ones using raw mustard oil as a delicious pungent seasoning, but in general we always heat oil for our food, which rules out EVOO straightaway.
Regular olive oil is also not so great at the high heat needed for something like a tadka, and it also tends to leave a heavy, greasy feeling. Several Indian chefs, under orders to use olive oil in their kitchens, have quietly moaned to me about its limitations. If I still eat Indian food at the Tajs restaurants, which suffer under a particularly illogical ban on ghee in favour of olive oil, its because I know some chefs are still quietly using ghee as an essential flavouring for Indian food.
I guess EVOO is short for extra virgin olive oil, he doesnt say. The writer also talks about how the manufacturers also believe these ideas and therefore introduced..